Over the last couple of months we’ve had a number of gliders fail because there lines were no longer strong enough to fly safely. In each case the pilot was disappointed – that’s entirely understandable – but in a couple of cases surprised as well. So what might be going on to weaken our lines that we might not be aware of?

European standard EN926 sets out requirements governing construction and classification of paragliders. This standard has two parts: the first part is concerned with structural strength, and the second focuses on how gliders should be tested in order to be given the familiar passive safety ratings ranging from EN A to D.

There are different aspects to structural strength. Gliders have to pass a shock loading test, by being suddenly deployed behind a test vehicle travelling at 70 – 75km/h.  They also have to sustain an 8g load while flying, connected to the test vehicle. But as well as these two dynamic tests of the entire glider structure, the standard required that the lines at each level of the cascade are theoretically strong enough to carry the maximum certified weight under 14g.

Shackling the line to the test equipment

When the 14g requirement was introduced into the EN standard, it included a stipulation that 8g of the loading had to be taken on the A and B lines, and 6g on the C and D lines. Over time this arbitrary division increasingly came under challenge by more modern lineset layouts, as newer designs began dropping initially D and then C cascades. This was reflected in the 2015 revision of the standard, which formally embraced the greater design flexibility that manufacturers had already been exercising.

It’s well known that line strength reduces through use. So the standard requires that the 14g test should be assessed after lines have been subjected to a “bending test”. The manufacturer has to submit a sample of each type of line which is then put through 5,000 cycles of being bent back and forth through 360°: the breaking strength is then measured.

The loss of strength as a result of the bending test can vary significantly depending on the type of material, and whether the line is sheathed or not. By way of example, a typical sheathed Dyneema main line may lose up to 20% of its initial effective strength, but for a Kevlar line the loss is around 50%.

Service workshops and manufacturers use the 14g requirement of EN926-1 as the basis to determine whether or not the lineset remains sufficiently strong for a glider to still be airworthy. Whilst 14g sounds like an enormous margin of safety, bear in mind that it’s only a theoretical calculation that assumes the load is evenly distributed. Scenarios such as reinflation after a collapse could result in very high instantaneous loading of just a few lines, a potential that is all the greater with designs that use fewer suspension lines.

So what is a reasonable expectation of the amount of use that a glider can safely provide before the strength of the lineset becomes an issue? Well, the first factor to be considered is the glider type. If you’re flying a competition or highly stressed two line design using entirely unsheathed lines, it’s likely that the emphasis on performance will mean that any surplus margin in the line strength calculations will have been pared back to the minimum.  We’ve seen manufacturers recommend a new lineset for this type of wing after 150 hours of flying. 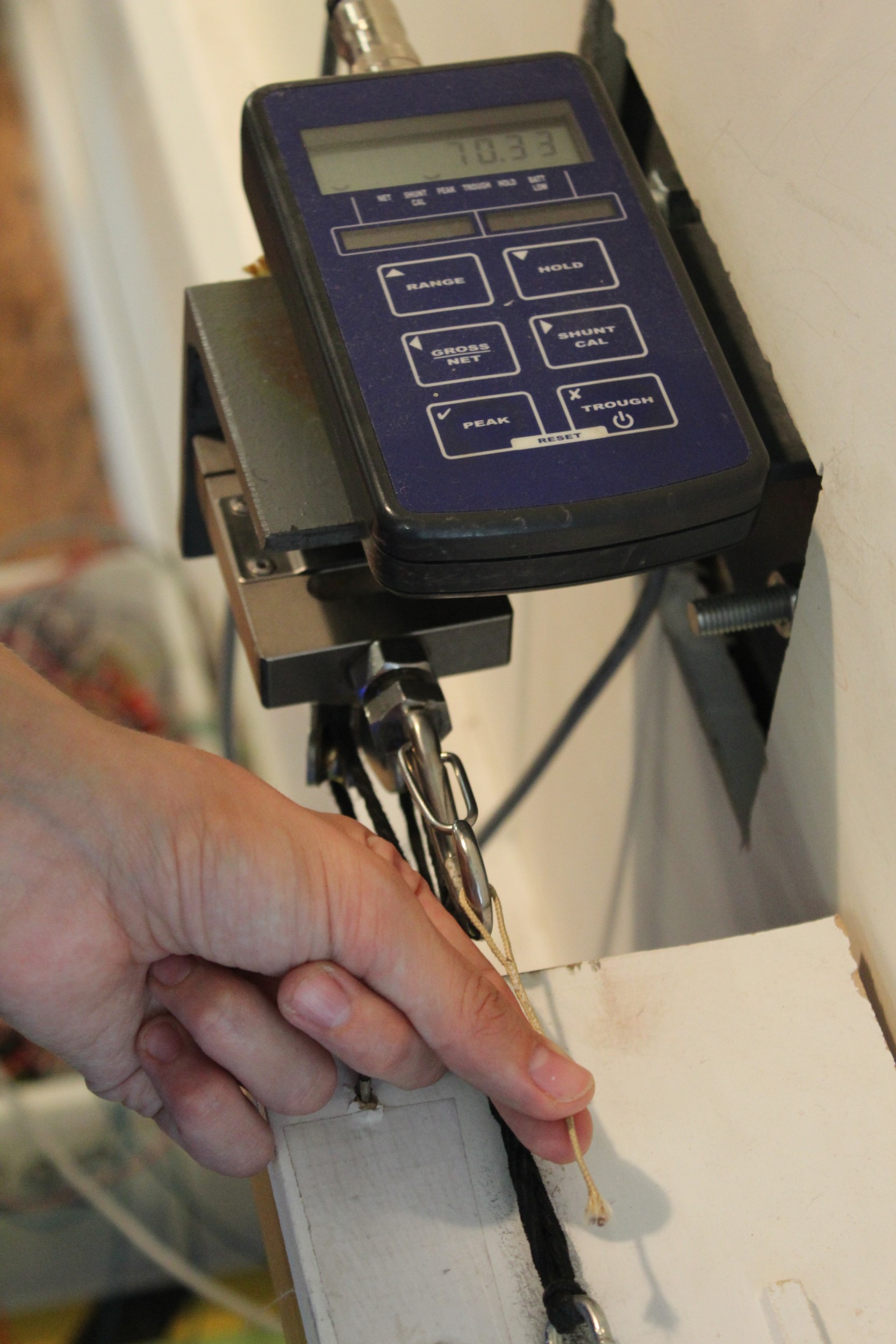 There are many other factors which can accelerate the ageing process for lines, but based on what we see in the workshop, there are two in particular that appear to be worth mentioning. The first is that unsheathed linesets are more demanding of good ground handling skills. We’ve seen both Kevlar and Vectran lines lose the necessary strength relatively quickly where evidence of abrasion on the lines indicates a hard life before leaving the ground. So pilots who know themselves to be heavy handed – or who’re don’t find time to practice and improve their ground handling – might recognise that one consequence of choosing a glider with unsheathed lines could be an expensive replacement lineset being needed.

The second is that hot, rocky environments can really take a toll on line strength unless the pilot is particularly careful both when ground handling, and also in avoiding the glider becoming baked. If you’re a pilot getting most of your hours abroad in places like Spain or Turkey, it’s worth considering choosing a wing that is going to be up to the treatment it’s likely to get. Sheathed main lines are not immune to harsh treatment, but will certainly survive it better than unsheathed.

Another important point to bear in mind is that lines can be seriously weakened if they are sharply bent or kinked. We had a case in 2017 where the lines of a glider were badly damaged through people standing on them whilst transferring the pilot to an air ambulance after he’d been injured. It was clear that the damage to the lines hadn’t been caused by the accident itself. As well as standing on a line or bending it back on itself being a problem, so can tight knots, particularly in smaller, unsheathed lines, that might occur as a result of taking off before clearing any tangles, or trying to force them out by pulling aggressively on a line while building a wall or inflating the wing.

So before the flying season gets into full swing, it’s worth making sure you thoroughly check over your lineset, and if you find anything of concern, get a second or professional opinion.

This article was first published in SkyWings in February 2019