Most of us are aware that water, heat and salt are bad news for our wings. Each of them individually is bad, but in combination they can cause significantly accelerated deterioration. But what’s going on exactly? And how does understanding the process help us deal with unintended exposure?

Let’s go back to how nylon is used to make the fabric of our canopies. Firstly the material is spun into a filament which is round in cross section. Then it is woven into fabric with a characteristic pattern to create the ripstop element. The weaving principle has remained the same for thousands of years – the crisscrossing of the warp threads (lengthwise) and the weft threads (crosswise) – but as you’d expect the technology has changed dramatically. For example, on the latest generation looms used by Porcher to make Skytex, the weft thread is propelled at around 100kph between the warp thread, using a fine, powerful air jet.

The woven fabric is then conditioned and finished. This typically involves calendaring, a process where the cloth is subject to heat and pressure as it passes between rollers. Resin coating is also applied. There are various effects of this processing. The round cross section of the filaments becomes flattened into an oval shape, which reduces the spaces between the filaments. That leaves a smaller gap for the resin to fill to achieve the desired low porosity. The fabric also becomes more dimensionally stable and stronger as a result.

So how might water, or dampness, affect our crispy, new glider fabric? Well, the surprising fact is that nylon absorbs water. The technical term for this is that nylon is hygroscopic. You wouldn’t expect that of a material used to make waterproof clothing, but nylon can absorb almost 10% of its weight in water when immersed or subject to high humidity.

The effect of this water is most unwelcome. The water molecules infiltrate the structure of the nylon and act as what is known as a plasticiser – that is they make the material softer and more plastic, reducing its strength and also significantly lowering the temperature as which nylon becomes fully malleable. What that means is that whilst wet, the fabric can be as much as 25% weaker than it is when properly dry, and more prone to becoming stretched and misshapen.

Fortunately, when properly dried out the water leaves the nylon and its strength is restored. However, the process of taking on water and then releasing it can affect the shape of the filaments. As the nylon absorbs water, it expands, becoming more rounded and less oval in cross section. When it subsequently contracts as the water is shed, it reverts to a shape that is more rounded than it was before. That means that the space between adjacent filaments is now greater than it was before. Whilst you might think that could cause the fabric to shrink a little, the bigger danger is that is causes the resin coating to come under stress and accelerates the breakdown process – making the fabric start to become more porous, and more vulnerable to subsequent mechanical damage of the coating.

OK, that all sounds pretty unwelcome. But in combination with heat, the effect can be exacerbated. Firstly heat can accelerate the process by which the nylon takes on water, if the level of relative humidity remains high. Secondly, the higher the temperature, the closer the material is to the point where it becomes fully plastic, and as a result the long polymer chains are more mobile and more likely to slip and slide over each other, causing the filaments to stretch and revert to their original round cross section. 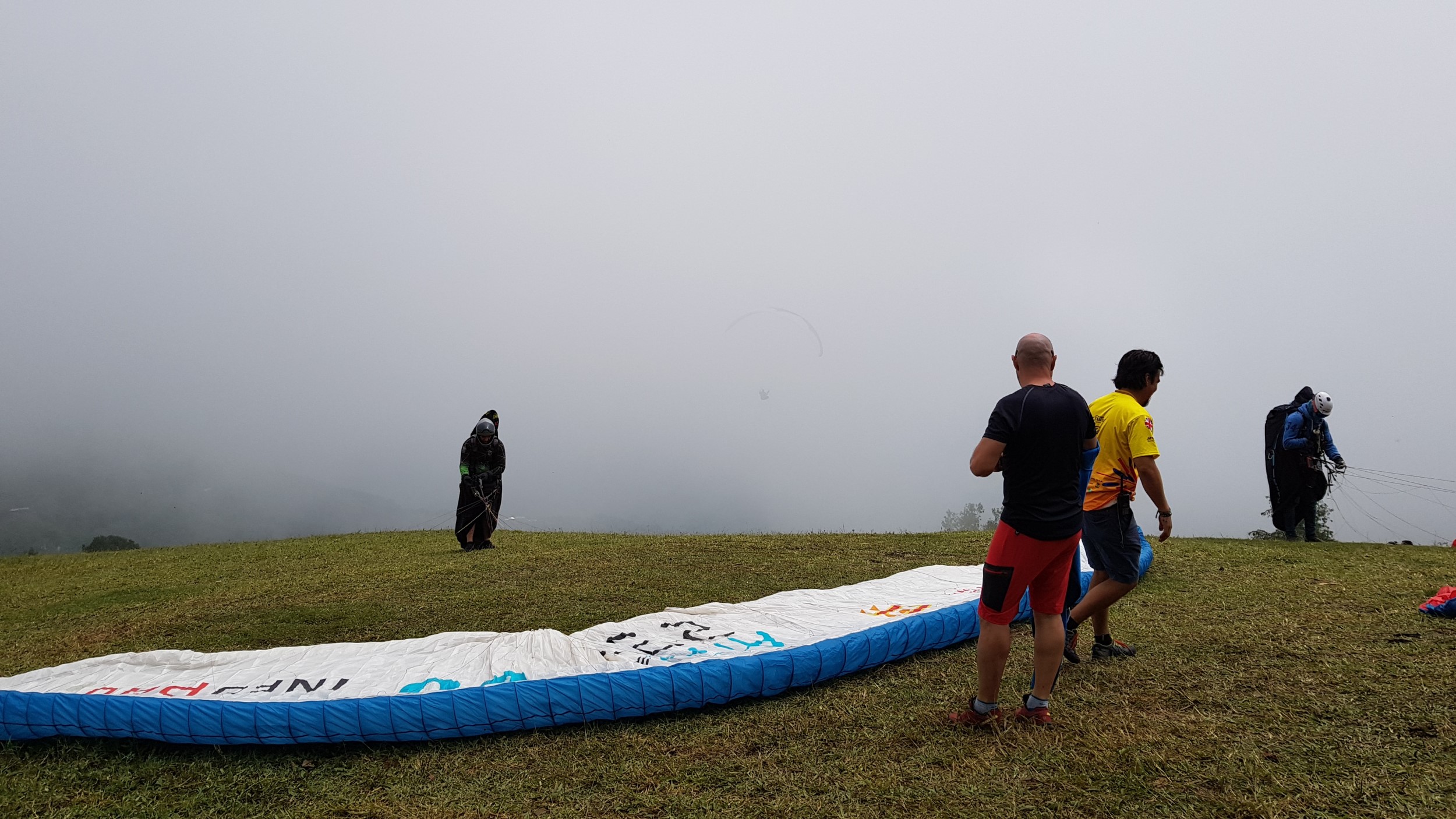 A hot and damp start to the day in Colombia

So the worst combination would be to pack the glider away wet after a summer shower, and then leave it in the boot of the car to steam away when the sun comes out again, right? Well, yes, that would be pretty bad. But things would be even worse if the canopy was contaminated with sea spray, or had been dunked.

It used to be thought that sea salt in some way catalysed the absorption of water by nylon, but research in the 80’s for the Australian military and others revealed a different mechanism. The main problem is that salt forms crystals within the fabric structure as the water evaporates. These crystals have very sharp edges and can cause microscopic cuts and damage to the surface of the nylon filaments. It’s likely that the effect on the resin coating is similar. If left to dry out without washing off, permanent strength reductions more than 25% were recorded. Repeated five times the cumulative weakening could reach 40%.

This research explains what we regularly see in the workshop: gliders flown on the coast, particularly in hotter conditions where the salty water dries out quickly, can be the worst to show accelerated ageing and poor porosity. Line strength can also be very badly affected. It also underlines the importance of avoiding drying out your glider until you can fully rinse the salt water off. This is the only circumstance where we’d recommend packing the glider away wet, in a plastic bag if possible, to keep the salt in solution. But don’t delay in getting your glider to somewhere that you can rinse it thoroughly, and then dry carefully out of direct sunlight.

This article was first published in SkyWings in March 2019 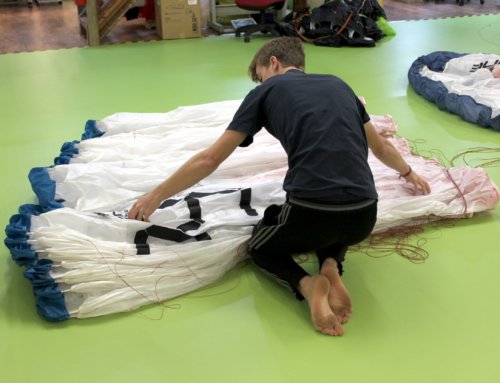