Taking care of your lines

I’ve focussed before on line strength and line length, both of which are critical to the safety and performance of our gliders. But what are the practical steps we should take to make sure our lines remain up to the job?

It used to be assumed more widely than it is now that during the life of a glider, replacing the lineset was to be expected. But there’s greater recognition now that the natural weakening of lines or their going out of trim can be assessed through a service, avoiding the expensive, time consuming job of replacing them all. And there are plenty of things we can do to maximise the serviceable life of our lines.

All paraglider lines lose strength through mechanical action. Taking the normal load along a line repeatedly has minimal impact on its strength: it’s bending, twisting and kinking that has an effect. That’s something that the certification regime recognises, and line strength requirements are calculated using their residual strength after they have been through what’s referred to as a bending test. This laboratory test simulates wear through use by performing 5,000 bends backwards and forwards through 360 degrees.

It’s typical for Dyneema to lose around 20% of its nominal strength after the bending test. For Kevlar the loss is around 50%. That differential between the two materials is reflected in Aerofix’ service testing regime: Kevlar lines must be tested for strength after a minimum of 2 years use, but for Dyneema this can be extended to 4 years.

The practical implications of this include things like making sure you avoid kinking your lines when rosing up or packing away, and avoiding coiling your lines too tightly. If you do get a twist in a line that might form a kink, don’t pull it too tightly to try to get it out.  Treading on your lines, particularly on hard surfaces, so that they are folded back on themselves with a very tight radius can cause damage too.

Damage to the core of a line can be felt by running the line through your fingers. It should feel smooth and even. If you can feel a kink it may mean that there is some damage that has weakened the line at that point.

Tieing knots in lines is to be avoided, for the same reasons. In a knot, the radius around which the line is bend can be very small, and this will become a point of weakness as the stress on the line becomes concentrated on a relatively small number of the filaments in the core. There was a fatal accident involving a test pilot a few years ago: he had been trimming a wing in development by using knots in all the lines to fine tune their length. When he flew a high g manoeuvre fairly close to the ground, the whole lineset failed catastrophically.

There are certain circumstances in which you may need to tie a knot in a line. We supply emergency repair kits to enable line replacement on trips abroad. In this situation, knowing the best type of knot to use is important. We have run some tests to determine the strongest knots. These suggested that a figure 8 climber’s tie in knot is more reliable than a simple knot in a doubled line to form a loop. However, the tests also confirmed that the knot always represents the weakest point.

Other causes of damage to lines include things like abrasion by dragging and snagging on rocks or bushes. Surface damage to the sheathing of a line is not of as much concern as a break in the sheathing leaving the core visible. Loose threads on an unsheathed line usually indicate damage that will weaken a line: if you can feel ripples in the line on either side of the loose threads, that tends to confirm there’s a problem.

Don’t forget that UV weakens both a glider’s fabric and lines. Unsheathed lines also include UV protection these days, but it can’t filter UV out 100% or protect from the damaging effect of heat. Moisture and damp can affect line lengths, so make sure your wing is thoroughly dried out after landing after the dew has formed, for example. And if your glider gets dunked in salty water, make sure you rinse out everything thoroughly – canopy, risers and lines – ideally before they dry out and damaging salt crystals form. Contaminants such as petrol or oil can also materially reduce the strength of a line.

You can reduce the risk of your lines getting tangled by leaving your wing attached to your harness when you pack away. But if your risers went through your lines, or a line went over your wing, where do you start? [IMG_8929] 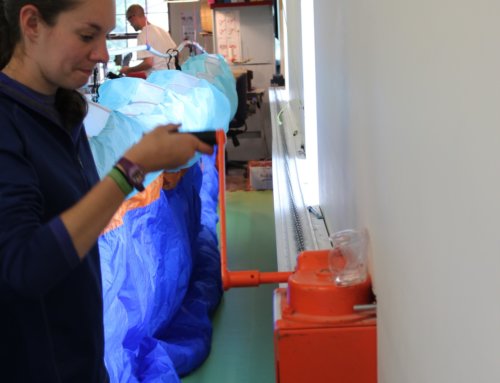