You may have seen from my SIV article a couple of months ago that I was in Annecy earlier this year. While I was there I took the opportunity to visit Rip’Air, a counterpart of Aerofix in that part of the world. I’m always interested to swap notes with other service workshops to see if there are things we can do to improve what we do and the service we provide. But is there really much difference between a service done in the UK, and one done abroad?

One of the reasons for there being a difference might be if there were any legal or regulatory constraints. A major factor behind our form of aviation being the cheapest and most accessible is that our gliders are exempt from all legal airworthiness requirements. The Civil Aviation Authority’s website states that “Virtually all aircraft will have an initial safety certificate. The aircraft will then need to complete ongoing airworthiness checks and approvals … Although it is mandatory to comply with the Rules of the Air, hang gliders, foot launched power [sic] gliders, paragliders and registered single seat microlights (SSDRs below 300kg) are not required to hold a Certificate of Airworthiness or Permit to Fly.”

Those initial safety certificates that the CAA require of other powered aircraft are far more demanding than the EN or LTF certification standards against which paragliders are commonly assessed. However, there is no requirement in the UK, under the law or from the BHPA, for us to fly only certified wings. Nor is there any regulatory obligation to ensure that our gliders remain airworthy on an ongoing basis. Both aspects are left to the pilot.

As far as I’m aware, similar legal exemptions are common in other countries but not everywhere. In Germany, for example, air law requires that pilots fly an airworthy wing and carry a reserve. Whilst visiting pilots are permitted to fly equipment satisfying the current airworthiness requirements and regulations of their homeland, for German pilots, their airworthiness requirements include periodic inspections. I spoke to the DHV some time ago to see if they had any requirements or certification standards for service workshops, or for the work they do. They confirmed that the only requirement for is for inspections to comply with the manufacturers’ guidelines, and they can be carried out by the pilot.

Even if there are no differences in paraglider services for legal or other reasons, are there differences in practice? I first examined this question some three years ago when I bought Aerofix, and the thing that most struck me at the time was that other European workshops placed more emphasis on the measurement of lines than was then typical in the UK. Whilst competition pilots understood the importance of trimming in maintaining top glider performance, there was less recognition of the performance and safety benefits amongst other pilots. I think that is changing now in the UK, maybe helped in part by articles like these, and also in part by Aerofix including a measure of every line by laser as standard within a paraglider service.

Talking to Simon at Rip’Air recently, it was clear that the similarities between our two workshops now are much greater than the differences. However, I was surprised at the limited information he provides to pilots about his findings from laser line measurements. I’ve always taken the view that a full explanation can only aid understanding and improve safety. So whilst Simon simply tells pilots whether or not he has made trim adjustments, the approach at Aerofix is to report our findings and actions taken in quite some detail (see example service report).

I was also very interested to discuss with Simon the differences in scope between his two types of service offering. The majority of services Simon undertakes focus purely on the technical aspects of the service: as well as the line length measure, these include testing line strength, fabric porosity and if necessary, fabric strength. These are the elements of a service which rely on equipment that ordinarily a pilot won’t have. In addition to this “Technical” service, Simon also offers a comprehensive option which includes visual inspection of the lines and canopy for damage. He explained that most of his customers prefer to carry out these visual inspections themselves, and only add them to their service from Rip’Air if they have a concern or want the lines and canopy independently examined.

Making this distinction is something that we’ve done for some time for schools, but is not something that individual pilots request. Our normal service corresponds to Simon’s comprehensive option. It’s undoubtedly the case that carrying out a thorough visual inspection is much easier in a workshop where we can hang the glider up and examine it really closely. However, we intend to explore over the coming months whether there is demand in the UK for this type of focussed “Technical” service.

Examining your lines and canopy for damage sounds pretty straightforward, but there are a few points you might like to bear in mind: 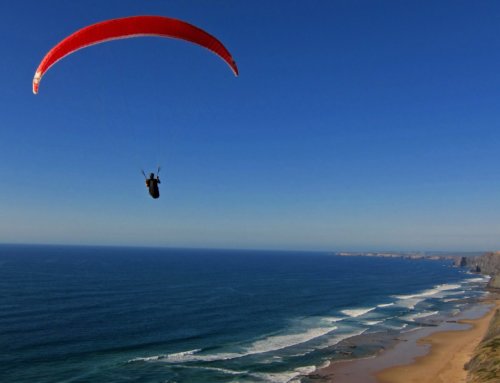