How long should my glider last?

One of our least favourite tasks at Aerofix is to ring up a pilot and let them know that their glider has reached the end of its life. It’s a call that is often half expected by the glider’s owner, but that doesn’t make the news any less unwelcome. But what are the reasons for a wing no longer being airworthy, and how long might we reasonably expect our wings to last?

Over the past five years we have had conversations of this type on 14 occasions. I’ve looked back through our service records to see what the reasons are, and what age the glider was when we made that call. Here’s a summary of the information that I found:

It was a surprise to find that there were three gliders that had failed that were less than eight years old:

It would be fair to say that these three failures were exceptional. All occurred five years ago, since when no glider younger than eight years old has been consigned to ground handling only. Although the numbers involved are small, the fact that more recent failures are all over eight years old does suggest that there has been improvement. Perhaps more consistent manufacturing processes have contributed, or perhaps pilots are becoming more careful about how they treat their wings.

Over the past four years, 11 gliders have failed, and in 8 instances that has been down to line strength. Analysing the failure between lines made of Kevlar and those made of Dyneema reveals that Kevlar accounted for 6 of the 8 cases. We can’t draw strong conclusions from such a small sample, but it is worth noting that the two gliders involving Dyneema were 13 and 14 years old at the time of testing.

It’s well known that lines lose strength over time, as the effect of mechanical strain and bending, as well as age, takes their toll. That’s why all line material is subjected to the DHV’s bending test, involving 5,000 bends of a line back on itself one way, then the other. In these tests, Dyneema typically loses around 20% of its original strength, wheras for Kevlar the loss is more like 40% – 50%.

Of course designers take this predictable loss into account when specifying what line material should be used. For example, the unsheathed Kevlar main lines on the Iota have a combined nominal strength of 3.3 tonnes: for the Rush 4, which has the same number of main lines made of sheathed Dyneema, the figure is around 20% lower at 2.7 tonnes. So there is a much greater margin built in for the Kevlar lines to accommodate their greater loss of strength.

At Aerofix we also take the difference in performance between the two line materials into account when determining our testing regime. Strength testing of a line is a destructive process, so it should not be undertaken unless there’s good reason. So for Kevlar lines we normally test if a glider is over two years old, but for wings with Dyneema lines, it’s four years.

It used to be more common than it is now for pilots to change their complete lineset after a few years. Nowadays, regular testing of line strength can give assurance that this significant expense is unnecessary. Taken in conjunction with line length checking and retrimming, if needed, it’s likely that a full lineset replacement will probably only become necessary after the value of the glider is less than the cost of replacing all the lines.

So what should I bear in mind as a pilot?

It’s worth being aware of which type of line material is used on your glider. I would not suggest that this should influence your choice of wing – there are other, much more important factors to drive that decision. But once you’ve made your choice, be aware of whether it is Kevlar or Dyneema so you can make sure that you consider when you should get it checked to make sure the lineset remains strong enough.

Also remember that heat and damp are the worst enemies of both fabric and lines – and even worse in combination. UV and contamination (salt water, oil and petrol, for example) are best avoided. And mechanical damage (standing on your lines or fabric, or dragging) will cause premature ageing too. 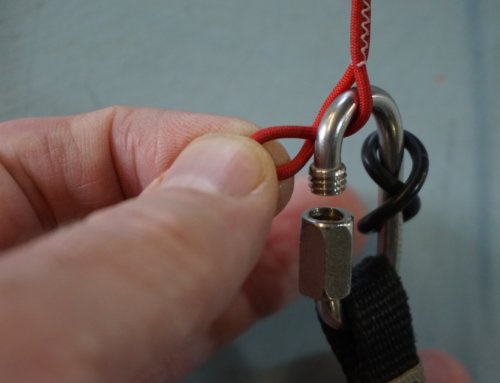